What I'll Do Again; reflections on last year's garden.

Just realized this never published- so I'm adding it now.
I always go through last seasons pictures when it comes time to plan the next season. I love the ability to actually see how various varieties faired, the space they took up, the bloom time, what they clashed with, etc. I hope to sell some cute flowers at our local farmers market this summer, so my emphasis has been on some of the best cut varieties from last year. 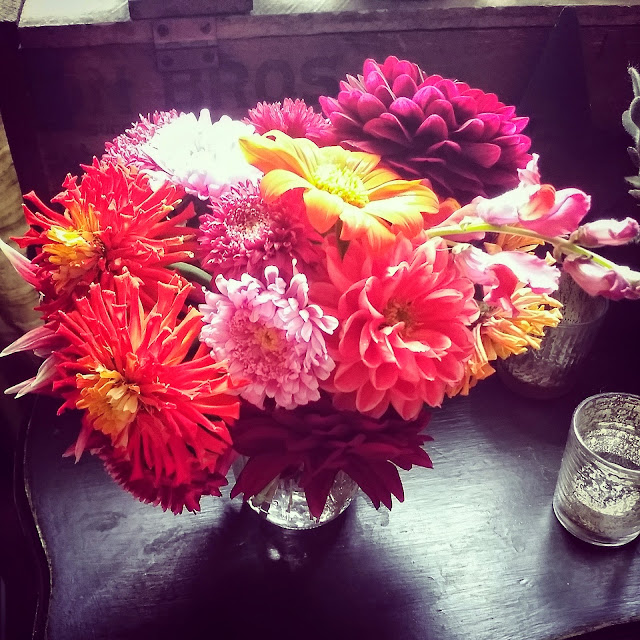 Looking at this image above I am reminded how much I enjoyed the cactus zinnias. They did come into their own too late for my tastes, so into plan to remedy that by starting the seeds a bit earlier. I also grew annula asters for the first time last year, and the big fluffy pink ones in this bouquet were my favorites. I've placed orders for similar styles already. 2014 was the first time I ever grew Mexican sunflower, also pictured here, and it will be invited to the cutting garden for years to come. 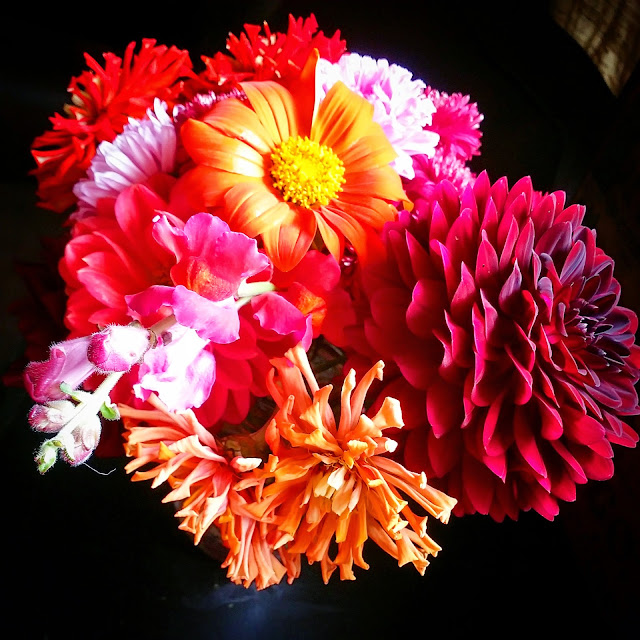 This bouquet reminds me to plant as many snapdragons as I can squeeze in. The giant dark dahlia and it's tubers are also invited back. 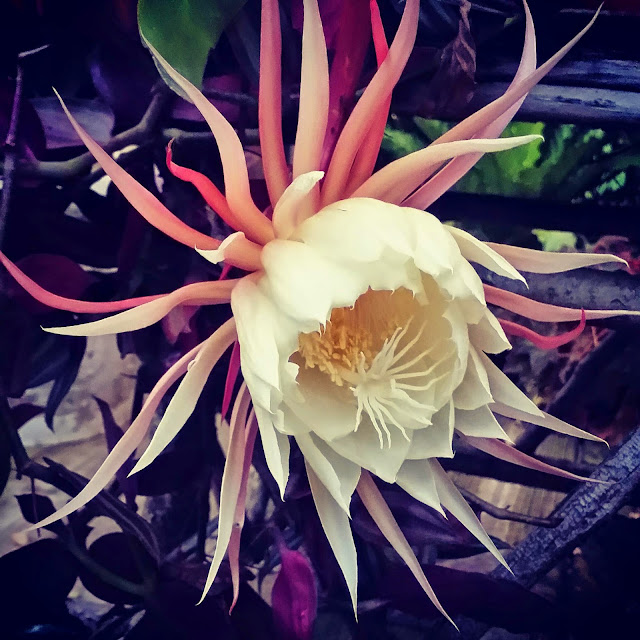 I plan on putting the night blooming cactus in a higher location, as something has come by and eaten the flowers two years in a row. I saved this last one by moving the entire plant higher towards the end of the season. 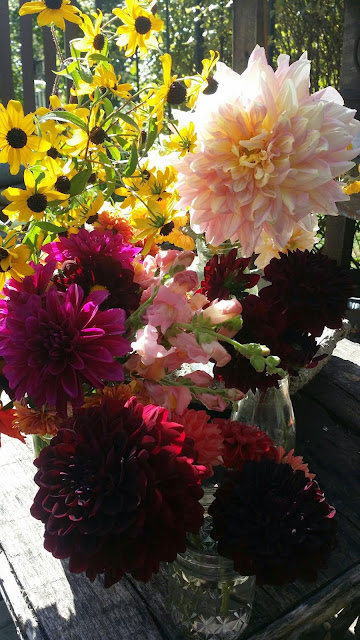 Ice cube dahlias, pictured above with dahlia Arabian night, did grow on my by seasons end, but I missed my cafe au laits, which I mistakenly planted in another garden where they were not dug in time for winter. 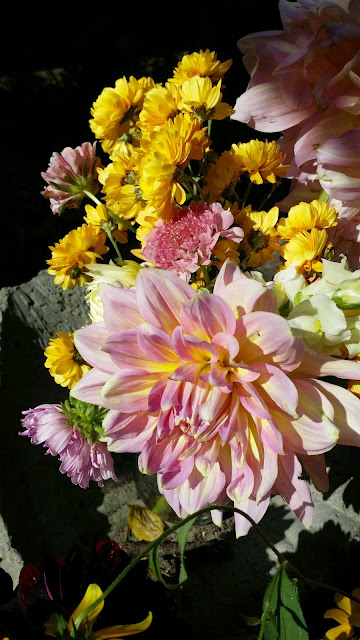 I had to look far and wide for this monster, "marshmallow" nicotiana. The seeds from last season were from burpee, and they were sold out this season. While I know I can count on eventual reseeding, it often happen too late in our short season for good blooms, and I strongly recommend starting nicotiana indoors. I did find some seeds online and ordered. The bloom time on these was so very long... months. I didn't have to deadhead, and the impact from all the way across the garden was immense. They dwarfed me, going way above 6 feet tall. The delightful mix of colors was surreal. This here: one plant!!! 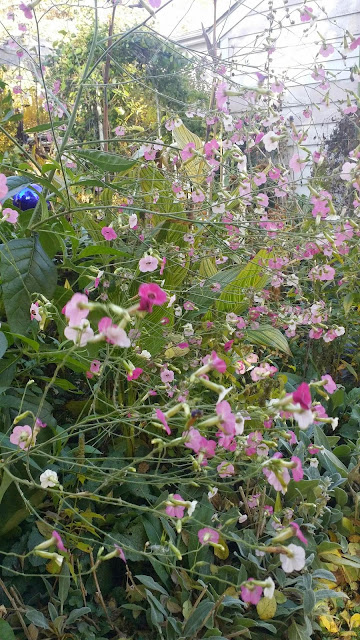 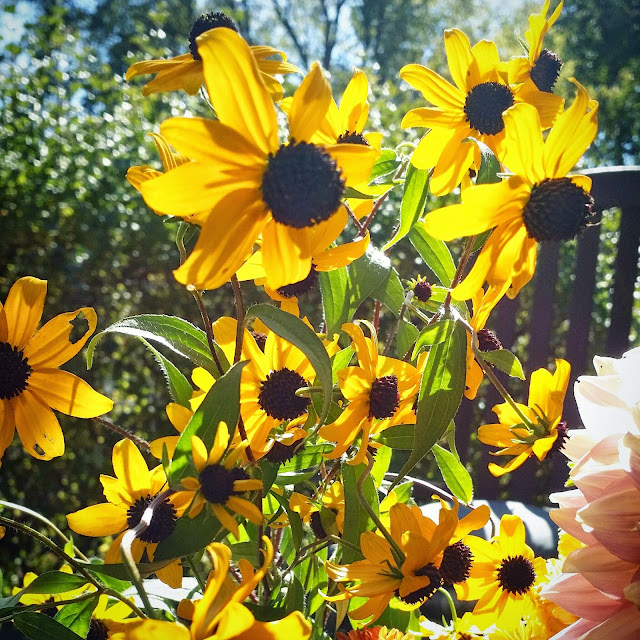 I also made sure to order more rudebeckia triloba. I enjoyed the tiny flowers, each stem like an individual bouquet. I will be starting them early as well,as they did have a good deal of punch still in them as hard freeze came. 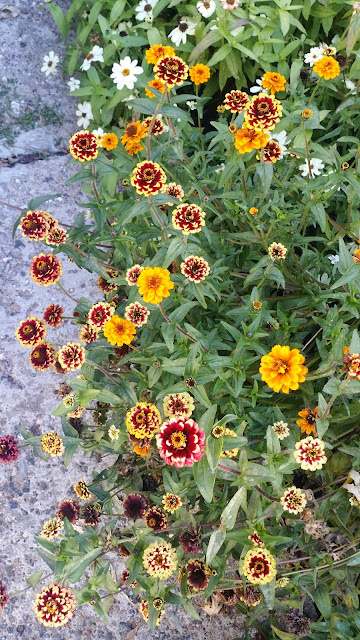 Pictured above is zinnia aztec sunset. I still have some seeds from last year. These plants offer a variety of color combinations in the sunset hue range, and they bloom like their lives depend on it. Great cut flowers too. 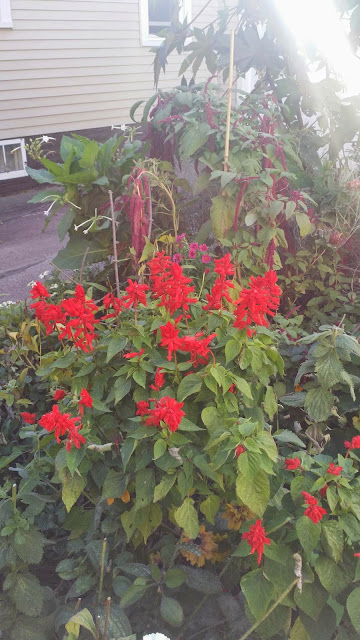 Finally, this Botanical Interests Salvia "early bonfire" was a pleasant surprise. I didn't expect it to be so tall, or bright, so it clashed with some of its surroundings, but the impact was unmatched, and the hummingbirds absolutely got drunk on it. I've ordered more seeds and plan to match it better with some more friendly colors.
Posted by Jamie Rex at 6:26 PM No comments:

Having such a wonderful time planning our garden. I get through winter with my blank journal, notes and dreaming. We've got almost all the seeds ordered, and this weekend I'll be starting rosemary, lavender, coleus, pansies, violas, petunias indoors. I ventured to one of my favorite nurseries this week to simply soak up the warmth and scent of their greenhouse. I bought some seeds and succulents and replaced the frosty fern I carelessly let dry out last month. I'm excited to try some new seed websites and varieties. 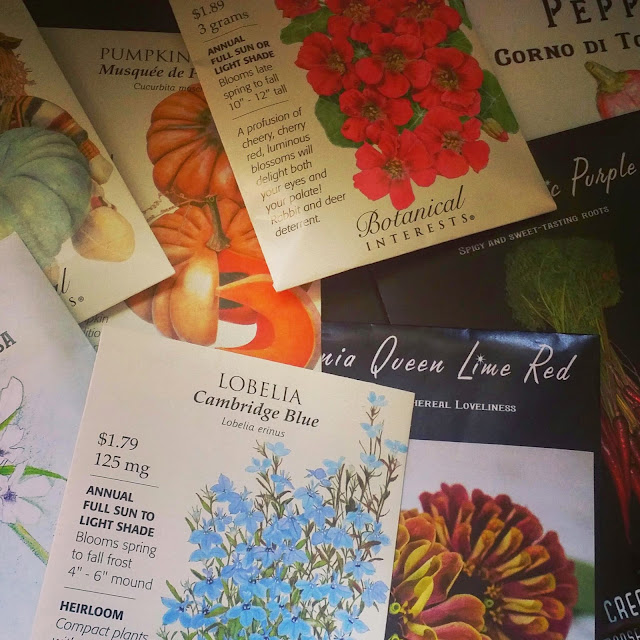 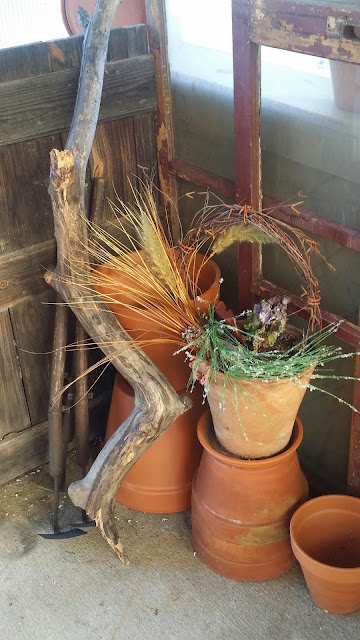 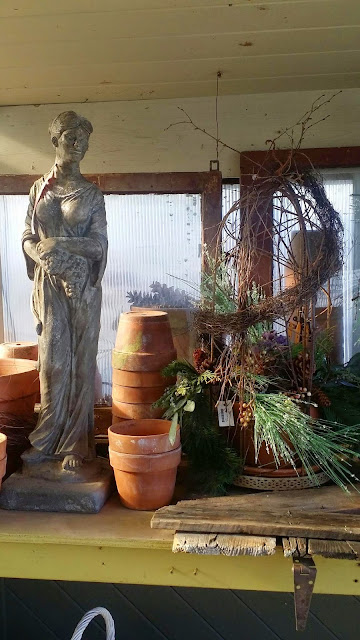 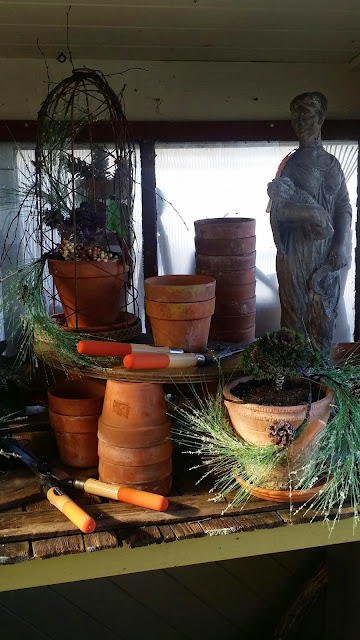 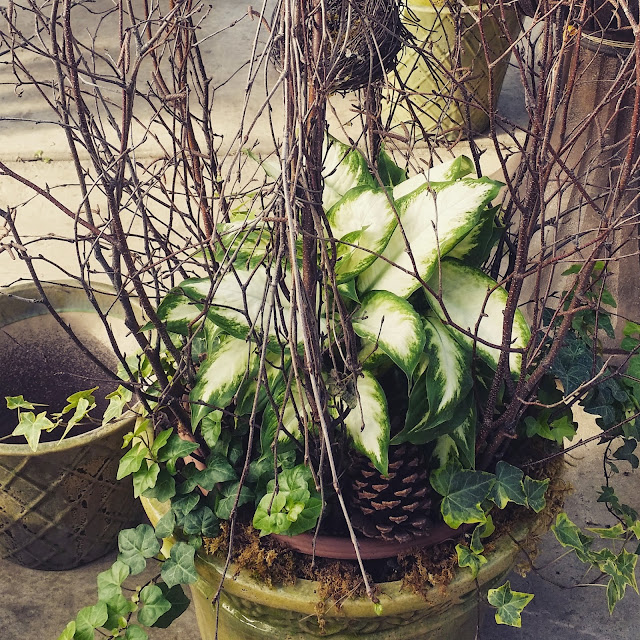 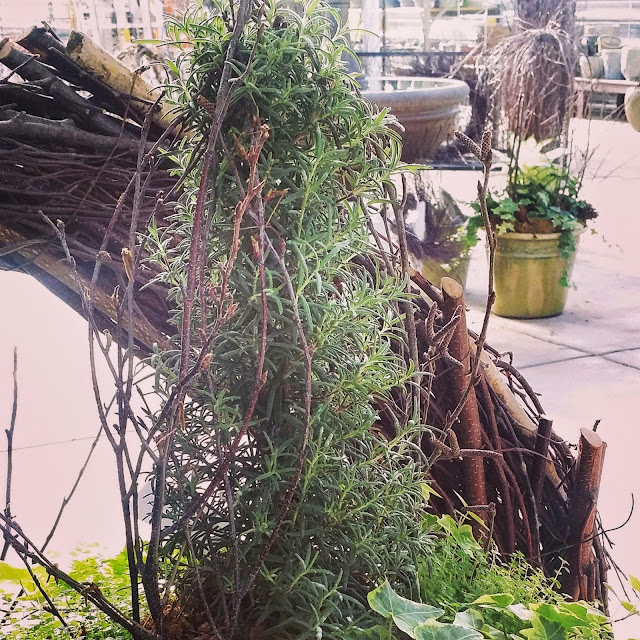 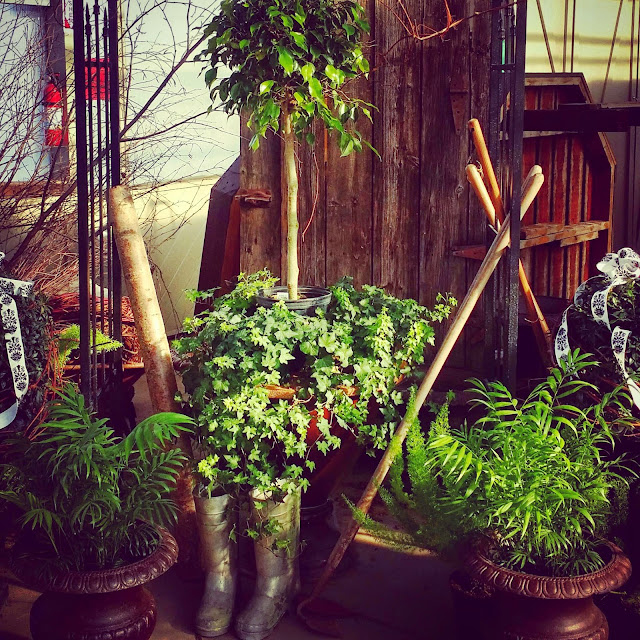