As I've mentioned, we moved from southern Wisconsin to central Minnesota last spring, and my stubborn self brought about half my garden with me. Literally. I loaded up an entire u-haul with my houseplants, roses, perennials, clematis, and even a few shrubs, and a two tiny trees. No joke. I proudly claim to a be a pretty good rose gardener, so my roses were top priority in the move. I worried about them like mad until I had them firmly planted, bud union 3-4 inches below the cold zone 4 surface.

I was lucky enough to have the perfectly timed move. I was able to dig up the roses I was bringing with me just as they broke dormancy. I planted them in compost and potting soil, and waited until a month later when they were loaded into the truck. I unloaded them the next morning, and spent a week digging holes and planting them with bone meal, manure (yum) and fertlizer.

When they began blooming, I felt a pride like none other. Hard work is so worth it. Not a stellar year, but I only lost one rose in the transition... and I won't know for sure until spring, that one may not be a goner... you just never know.

Nonetheless, here are a few shots of the roses from last season.
Carefree Wonder 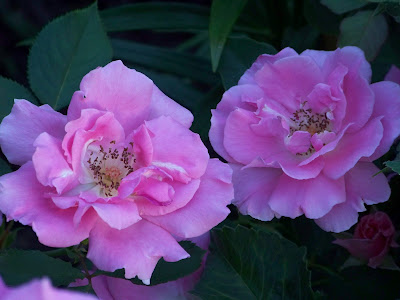 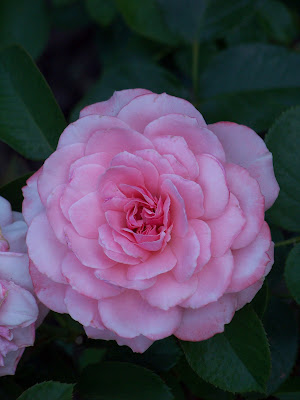 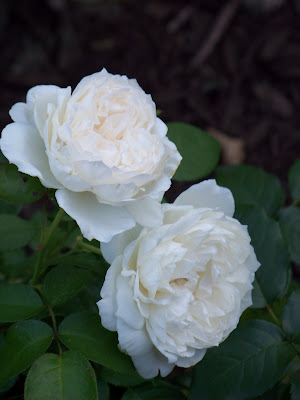 The aphids came with us, too... lol. Heirloom 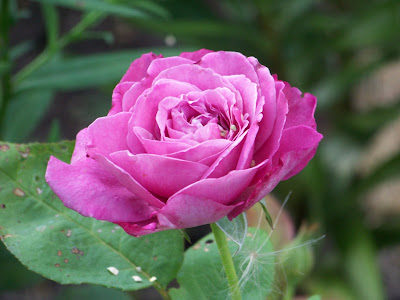 I was lucky enough to inherit an rose garden, too!
Don't know the name of this beauty, but it is tall, a repeat bloomer, and very cane hardy in zone 4. looks like bayse's blueberry? 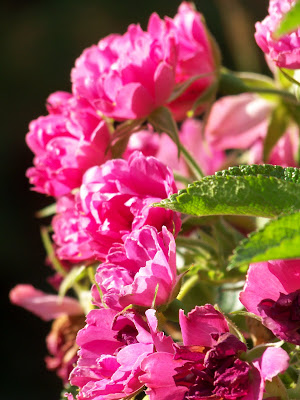 I walked around the garden today. I heard a friend in Illinois has crocus blooming, and was dying to fnd out if anything in my zone 4 garden was growing yet. We moved here last summer, from our zone 4/5 Wisconsin garden, and were expecting this brutally harsh Minnesota winter- but Mother Nature decided to ease us into it. We've had hardly any really cold days, and record numbers of days above 40. Last snow more than 2 inches was December 3rd! So, as of right now my roses have no die back whatsoever, and some of annuals looks somewhat alive. Strange indeed. But, I'm no novice, and I know a lot of the most trying times for a gardener come in the late winter and spring, when the freeze thaw cycle wrecks havoc, and late deep freezes kill off tender new growth. Nevertheless, here we are approaching the end of February, and do you know what I found? The tippy tops of crocus leaves, and leaves sprouting on my dwarf iris. Wow!

Meanwhile, I have started making handmade flower pin and brooches in the winter months to supplement my need to grow flowers. 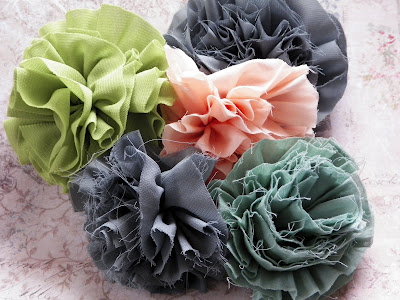 I have been a crafter as long as I've been a gardener. Starting midsummer I knit well into fall, and sell my hats, scarves, blankets, and headbands on Etsy, and now I've created some spring scarves and fabric flowers, too. Enjoy!

Check it out in my Etsy Shop here: http://www.etsy.com/shop/jamiesierraknits

Or read more about it here, on my family and crafting blog:
http://ramblingsinchocolate.blogspot.com/2012/02/new-kind-of-flower-obsession.html
Posted by Jamie Rex at 4:59 PM No comments:

Someone remind me to plant a wisteria arbor on the front walkway this spring. Kay? And in the meantime, join me on Pinterest- where I'm finding dozens of garden ideas!
Posted by Jamie Rex at 3:40 PM No comments: